Dan Russell • December 10, 2015
SearchReSearch
Republished with permission from SearchReSearch
Traffic cameras in Bing Maps Dan Russell
Bing just launched a new maps feature that you might want to know about...

They now have a new layer in their maps product that lets you locate and see the current view from traffic cameras. This is especially handy if you live in a high-traffic area (I'm thinking about Seattle, San Francisco, LA, etc). Here's their blog post about it.

Like many such new features from search engine companies, you have to understand that this isn't a complete or exhaustive list of all possible webcams--it's just the ones that they've determined that they can show on their map. (I'm willing to bet that these are the "official" feeds, much as we found in the July 2014 SRS post about traffic cameras.)

Nonetheless, this is a great feature.

Step 1. Navigate to some problematic place on the map; in this case, downtown San Francisco (amazingly enough, when I took this screenshot, the traffic is fairly light).

Zoom in fairly closely to the camera icons appear on the map. Then click on the "Traffic" tab (next to Directions). 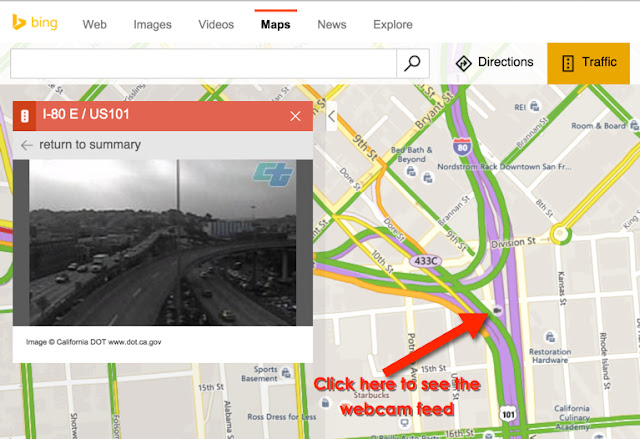 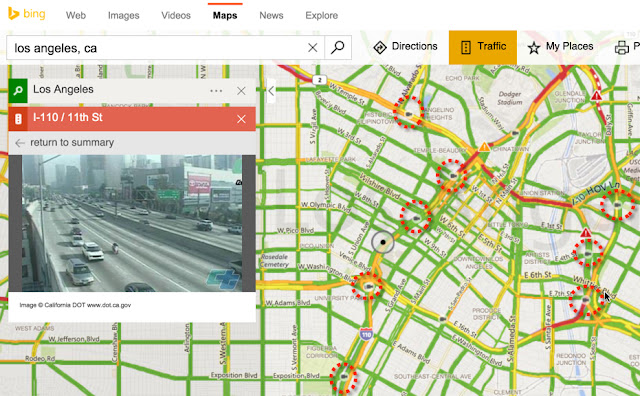 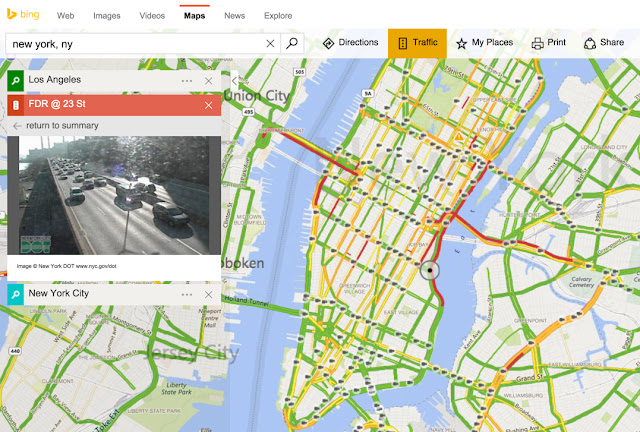 As always, it's good to stay up-to-date on what capabilities the search engines are shipping!

(As mentioned, I got this bit of news from the Bing Blog. It's worth following.)