... are sometimes the ones you don't see at first. They're the kind of little things that slowly creep into your consciousness and make you wonder... why is it that this is so??

Long-time readers will remember the one of the harder Challenges of the past ("How much death at the roadside?") when we tried to figure out why there are gaps in the plant cover next to many roads in California. We discovered in that Challenge that the state Dept. of Transportation (CalTrans) regularly sprays herbicide on the edge of the road to prevent weeds from taking over the road.

This week we have another "gap in the weeds" Challenge.

Not long ago, I went for a run up on Black Mountain, one of the local peaks in the Santa Cruz mountain range. If you look carefully on the right side, you can see the typical summer-time wave of fog coming in from the Pacific Ocean. On typical summer evenings, that fog (aka "Karl") comes in from the sea to cover San Francisco. Luckily, Black Mountain is usually high enough that the fog comes around, not over, the peak.


It was on this run that I noticed something that was pretty small, but very odd. Here are 3 pictures I took on that run of a strange phenomenon. (Remember that you can click on the images to see larger versions.) 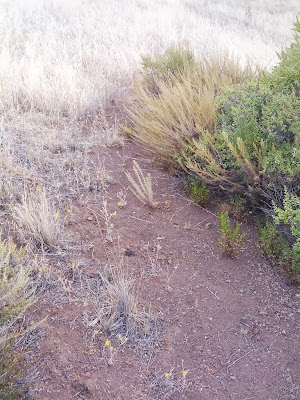 What struck me about each of these pictures is that there's a noticable gap between the green plant and the grassland next to it. Oddly, this doesn't happen ALL the time, but it does happen a lot. 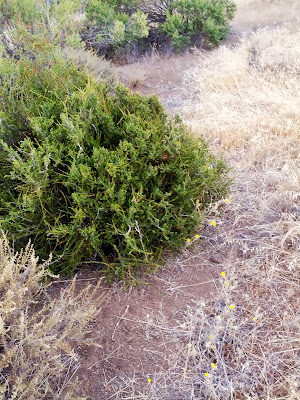 The plants here are chamise (Adenostoma fasciculatum), but I'm pretty sure I saw gaps like this around coyote brush (Baccharis pilularis) in the same area. 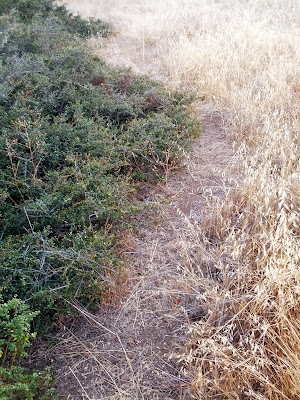 This strange plant-free boundary around most (but not all!) of the plants on Black Mountain led me to this week's Challenge:

1. What causes the odd, plant-free gap around the plants in these photos? 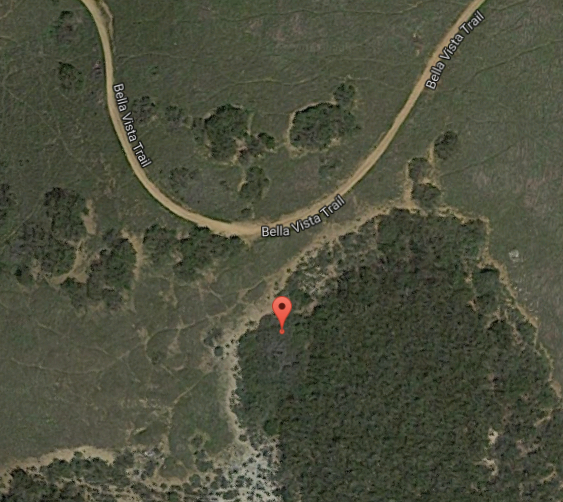 Looking carefully at this clump of chamise and coyote brush, you'll see this kind of gap all around these plants. (The light color perimeter is where you can see the soil

What's going on here? I looked very carefully, and this gap at the periphery aren't trails of people or deer. (You can see deer trails weaving between the clusters of bushes, especially to the west of the drop pin.)

So... What's causing this? Any ideas? Let's do some of that SearchResearch and figure it out!

Once you've figured it out, be sure to let us know HOW you figured it out. What sources did you refer to? And best of all, how did you know to search for that? We all want to learn from your crazy SearchResearch skills!

This post was republished. Comments can be viewed and shared via the original site.
26 comments