SearchResearch Challenge (3/28/18): Can science fiction stories be used to demonstrate prior art in patent cases?

Dan Russell • March 28, 2018
SearchReSearch
Republished with permission from SearchReSearch
SearchResearch Challenge (3/28/18): Can science fiction stories be used to demonstrate prior art in patent cases? Dan Russell
Icons can be more, much more...

... than just small pieces of art that signify an app.

Icons can also be works that are so rich in meaning, so deeply embedded in our culture that they stand for more than just the thing itself. They can represent an entire zeitgeist and aspirations.

When I was young, the year 2001 was such an icon. 2001 was the year when the future would officially begin.

Of course, like the book 1984 (which is an icon for authoritarianism), the movie 2001: a space odyssey represented the grand and glorious techno-future, complete with moon bases, artificially intelligent computers, and regularly scheduled flights lifting from Earth into orbit. For Regular Readers of my age, 2001 (the movie and the year) is iconic. 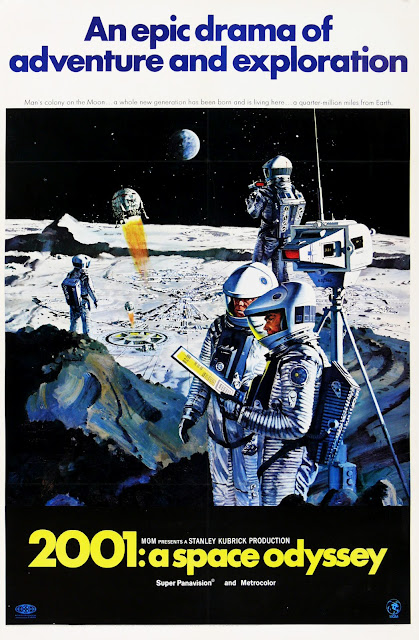 So it was with a certain amount of dismay that I heard about a lawsuit that argued the technolog of Apple's iPad was actually preceded by "prior art" that was first shown in the film 2001: a space odyssey. (See the artwork for the movie above. Is that astronaut holding an iPad?)

Really? Does it make sense that a science fiction technology first shown in movie could be claimed as prior art? (If so, what would this mean to any other tech that was shown in an early film?)

This week we have two Challenges:

1. Is it true that there was a lawsuit about iPad technology that claimed the movie 2001: a space odyssey as prior art?

2. Have there been other lawsuits that have given similar arguments? (That is, that technology that was first drawn / filmed / written-about in science fiction invalidated a patent because it was prior art?) More generally, HOW would you search for such things?

I'm primarily interested in US legal issues, but if you know about European (or other countries) legal issues like that, I'd love to hear about it.

I'll give my answer next week, and give a bit of background about handheld tablet computers.

Let use know HOW you figured this out. As I mention above, we'd love to learn a general method for searching out these kinds of legal actions.