... in The Atlantic Monthly. To wit, The Quirk of Collecting That Skews Museum Specimens Male, and had a sudden insight...

Even though I know that the majority of parrotfish on a reef are female (see our earlier blog post about parrotfish), I'd somehow assumed that in most animals, the number of females and males would be about equal.

So... I'd also assumed that animals collected in a museum would be roughly 1:1 as well.

It was pretty surprising, then, to read that in many museums collections, males outnumber females by a significant margin.

It was truly surprising to learn that bats that ended up in museums are mostly female! 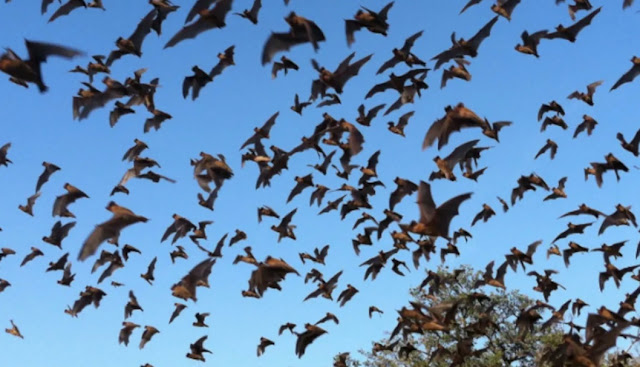 Thinking about this made me wonder more generally:


1. Do most animal populations consist of males and females split roughly 50% and 50%?

2. If that's not true (and it's clearly not for parrotfish), what causes a species to have a non-equal split between males and females? What kinds of animals have very different splits?


I haven't done any searching on this, but I suspect the answer will be extraordinarily interesting!

Let us know what you find... and be sure to tell us HOW you found it!