At least it is to me. I go somewhere, and I usually find myself asking WHY questions. I know I must sound like a 6-year old—why...why...why...why— but those questions often lead to fun adventures, and I definitely get my curiosity scratched in the process.

Last week I was in Seville, Spain to give a talk at an educational conference (ICERI, for the curious). I did all of the usual tourist things—a visit to the cathedral, walking through the narrow streets, a visit to the glorious Plaza de España and the Parque Maria-Luisa.

But among all of the glories of Andalusian Spain, I noticed two things in particular that I had to go look up, and I thought you might find them interesting.

As is my habit, I went for a run near the hotel. As it turns out, the hotel I was at is right next to the Guadalquivir river. Here's the path I took from the hotel... 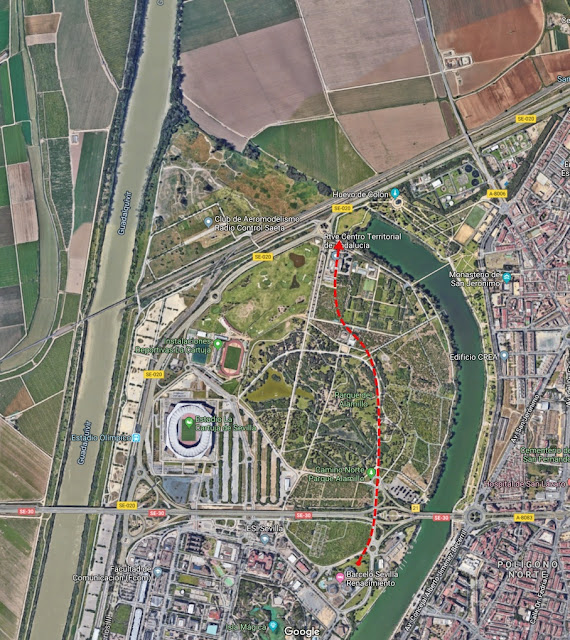 If you look carefully, you'll see that the river has two branches--a pale green one running straight, nearly due north/south, and another part that's dark green.

It's pretty clear that the curvy part used to be the original path of the river, while the pale green section is a channel that was added.

But what surprised me on my run was to see that the dark green river apparently used to connect to the pale green river. When I got to the northern part of my run, it was pretty clear that the river was cut off at some time in the past. If you go to this location on Google Maps you can easily see that this is a bit of geo-engineering. Someone at sometime cut off the river. Why?

And this leads me to our first Challenge of the week:

If you look carefully at the above image you'll see that I was running towards the "Huevo de Colon" statue. If you remember, we actually talked about this moment in history in this blog, way back in 2012 when we were looking for a phrase that captured the idea of a problem that seems impossible, but actually has a simple answer. The answer was "The Egg of Columbus." This statue is Seville's monument to that story.

But on the way there I also noticed something that I couldn't explain and HAD to look up when I got back to the hotel. I kept seeing a particular logo on many of the city pieces of infrastructure. It's looks like NO8DO, but not quite that. Here's a collection of those logos: 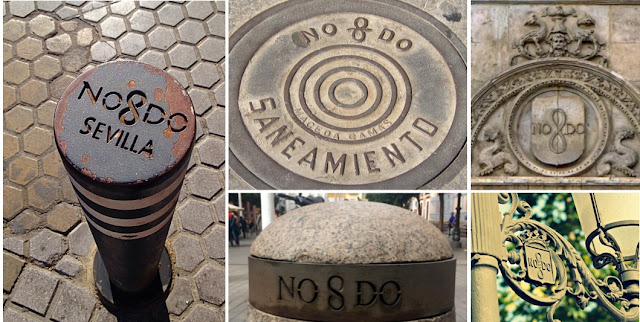 Here's a beautiful version of the logo as it appears on Christopher Columbus's tomb in the Cathedral: 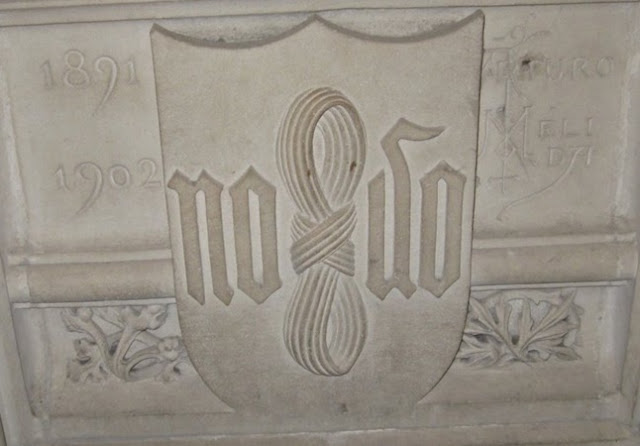 I saw this logo everywhere in Seville... but what was it trying to tell me?

Can you figure these two little Challenges out?

As always, let us know what steps you took to come to an understanding.