SearchResearch Challenge (10/5/16): Who made the mosaics?

Dan Russell • October 5, 2016
SearchReSearch
Republished with permission from SearchReSearch
SearchResearch Challenge (10/5/16): Who made the mosaics? Dan Russell
Growing up in Southern California tends to put everything in a particular light.

It's true--the light in SoCal really is different than the light in other parts of the world. Sure, sometimes it's a bit foggy (or even smoggy), but often there's a kind of translucency that's only found in that place. Everything is different there; even the winds of December can be peculiar.

"There was a desert wind blowing that night. It was one of those hot dry Santa Anas that come down through the mountain passes and curl your hair and make your nerves jump and your skin itch. On nights like that every booze party ends in a fight. Meek little wives feel the edge of the carving knife and study their husbands' necks. Anything can happen."

But here's a memory of my LA childhood that's a bit more prosaic, but beautiful in a way. It's the memory of driving around the LA basin and seeing beautiful and distinctive mosaics in front of banks. What's that? Yeah. In those days, banks would put up beautiful artwork on their edifices or in the space between their entrance and the street. I'm not sure how many of these there were, but it was significant. It was public art, true public art meant to elevate the public, before the term "public art" became something housing developers gave up grudgingly in order to get special variances from the city council to build something truly ugly and rake in the dough. But I digress.

Here are a few images of those mosaics, taken from all over California. (Remember you can click on any of these to see the full-size image.) 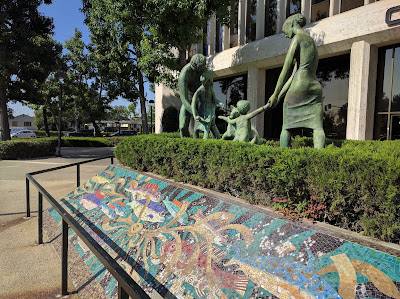 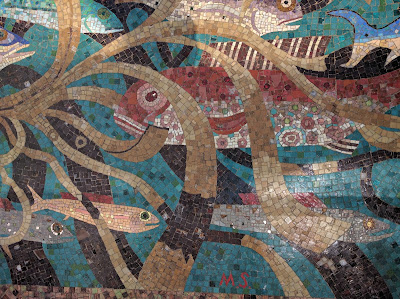 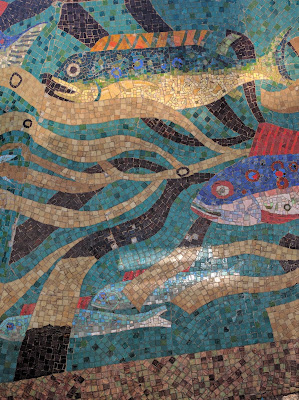 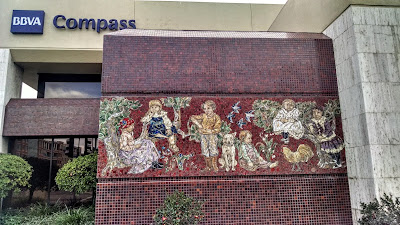 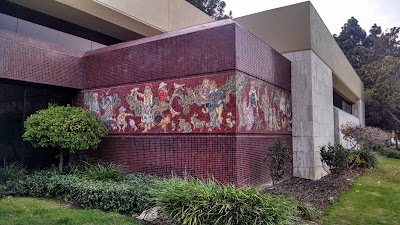 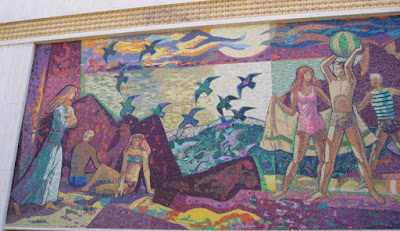 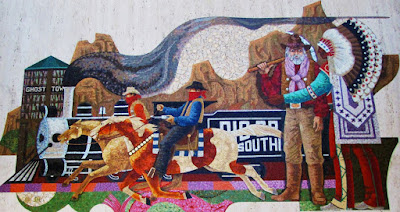 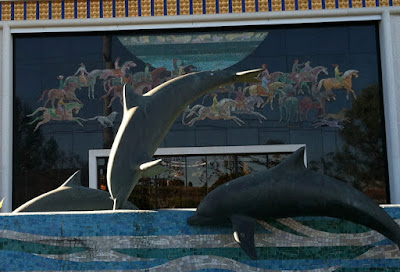 Today's Challenge is a simple one:


1. Who made the mosaics, and what's the story behind them?


I haven't tried, but you might be able to Image Search some of these. But before you do that, take a moment to see if you can't figure out another way to answer the challenge. Is there something else you could do? (Trust me; there is.)

When you figure out the answer, please tell us all in the comments below. Be sure to say WHAT you did to figure it out.

And I'll tell you that I had no idea who made these mosaics when I lived in Los Angeles. When I took these pictures, I still didn't know. But two queries cleared it up for me. Can you figure out what I did, decades after I was curious about these minor masterpieces?