SearchResearch Challenge (10/23/19): Where is this lobster image from? What’s the story behind it?

Dan Russell • October 23, 2019
SearchReSearch
Republished with permission from SearchReSearch
SearchResearch Challenge (10/23/19): Where is this lobster image from? What’s the story behind it? Dan Russell
I sometimes find things...

... in my files that are funny and odd... and I have no clue about what they are, how they got there, or what the backstory is.

After last week's epic SearchResearch Challenge, I was cleaning up my files. (Yes, I admit it. I tend to drop files all over my desktop in a huge disorganized pile, and then clean things up afterwards.)

In the cleanup process, I found this cute little lobster image: 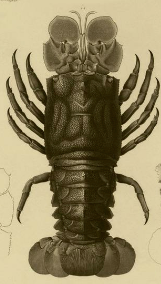 Obviously, this isn't a lobster I know about and it has nothing to do with the contour lines from last week, so it must have appeared at some point in the past. This looks to be some kind of older document. 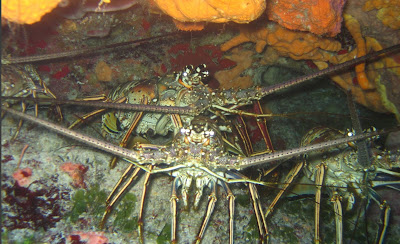 But where did that first lobster image come from?

Can you enlighten me about this lobster image and the tale of the source that goes with it?

As always, let us know how you found the answer!

(After last week's Challenge I pre-tested this. I was able to find the answer in less than 5 minutes, although the backstory really is crazy!)