... you've probably been to an amusement park and gone down a boat that's pulled up a steep incline, and then shot down a long ramp into water. You're splashed, everyone's wet and screaming--it's a great, good time--an American tradition of longstanding. It's an aquatic roller-coaster with waves.

What you might not know is that I learned recently that this unique form of entertainment dates back to the 1880's and was popularized in middle America around that time. It became so much a part of the culture that it led to the development of the first commercial amusement park in the way that we think of it now (that is, a set of attractions, many mechanical rides, surrounded by a fence for which you have to pay admission to enter).

But the truly astonishing thing was learning about the polymath who came up with this simple (and incredibly lucrative) idea. Even though he wasn't a scientist, it's hard to think of any other word to describe his life. You'll see what I mean when you start reading about this man.

This Search Challenge is great robust fun. A word of caution: I spent WAY too many delightful hours reading about this guy, his life was that interesting.

Here are the Challenge questions to get you started.

1. Who took this ride/slide/boat shooting into water idea and based the idea of an amusement park around it?

2. Once you know who it is, what was the major invention for which he is best known?

3. Using that invention, he once traveled from Linz, Austria to Budapest, Hungary. How long did it take him to make that trip?

4. What kind of wine did he drink when he was approaching Budapest? (For extra credit, what was the name of the woman who handed him the glass of wine??)

I don't think this Challenge is that difficult--but it is hard to stay focused. This man packed more adventures into his life than 10 normal humans.

Let us know HOW you found the answers! 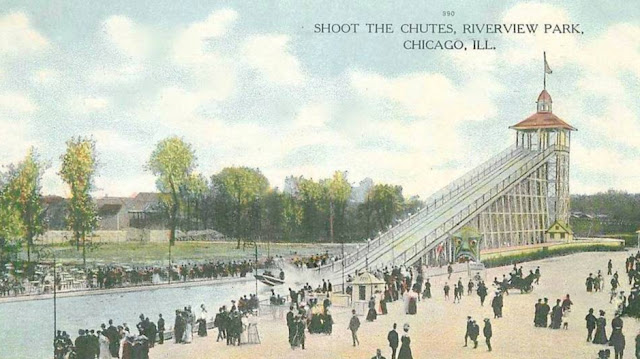