Dan Russell • November 25, 2015
SearchReSearch
Republished with permission from SearchReSearch
Search Challenge (11/25/15): How can you search all the coasts? Dan Russell
Yes, it really is hard to search...

... all of the coastlines of all the world. In the comments on last week's Challenge, a few readers (looking at you, Remmij!) expressed skepticism that my approach would work in general. And in general, that's true.

However, that particular Challenge had enough constraints baked into it (the coastline at such an angle, the clearly undeveloped countryside, the striking red color of the earth), that I thought it would be possible to do "manual" search. And, it actually worked! We found it.

Obviously, searching for a different aerial image might make it impossible to find. Suppose instead I'd asked about this shoreline:


That would be a lot more difficult. This is clearly a north-south road near the shore, but it could be anywhere in North or South America, parts of Europe, even parts of Japan and Africa would have to be scanned.

So, can we find a tool or database that would let us figure this out?

Here's Part 1 of this week's Search Challenge. (And I warn you; I haven't figured this one out, so it could be tricky. On the other hand, this is Thanksgiving weekend in the US, so I hope to have some time to experiment along with you.) 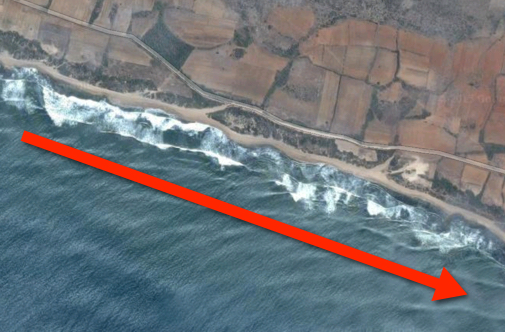 Or, in that part of Madagascar there are really only 2 places that match this criterion, the arrow on the left in the following image is the same as the above, just zoomed way out:

And... for people who want to work on something slightly less intense, here's a second Challenge:

2. The first picture above shows a stretch of the California coastline not far from where I live. It's a region called "Devil's Slide" which has a tunnel running through a piece of the coastline that perpetually falls into the sea, usually taking the road with it, hence the name. The Challenge is to identify the building that's near the southern exit of the tunnel. This is what it looks like now. Challenge: WHAT was that building originally? Who built it, and when? 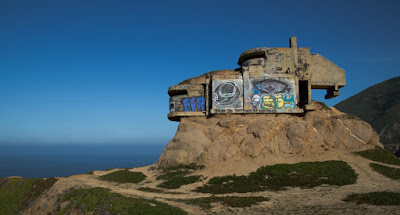 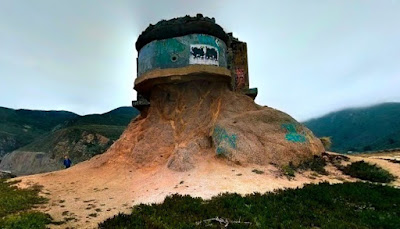 Let us know how you came up with the answer!

And, as I said, if you're working on #1, I don't yet know if it's easily answerable or not. It really IS a SearchResearch Challenge!

This post was republished. Comments can be viewed and shared via the original site.
15 comments