Answer: There’s a fly in my…

Dan Russell • March 27, 2017
SearchReSearch
Republished with permission from SearchReSearch
Answer: There’s a fly in my… Dan Russell
Flies, bees, and golf tees...
It's a surprise to things where you don't expect them. This is always the case, although sometimes you need to know a bit about the context to see the thing "out of place."

For instance, here's a fairly famous painting by Tiepolo (the 18th century Venetian artist) showing Cleopatra about to drop a pearl into a glass of vinegar to prove how vastly wealthy she was. The vinegar, you see, would dissolve the pearl, and she purported drank it just because.. you know.. ostentatious consumption (literally). 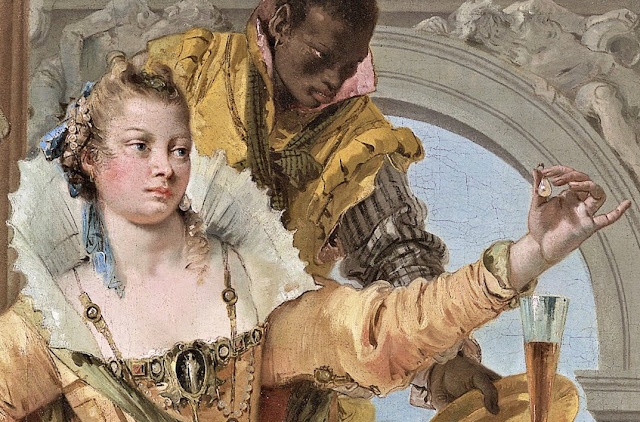 It's a wonderful painting, but the clothing is NOT of Cleopatra's era, but Tiepolo's. It's something way out of place.

Likewise, the image of a bee in a urinal comes as something of a surprise--it too is the wrong thing in the wrong place. 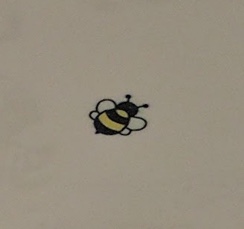 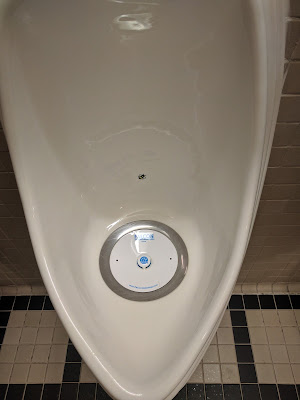 Or a golf tee, 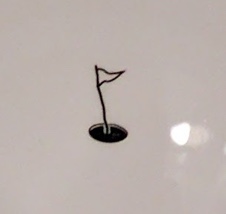 in the bottom of this: 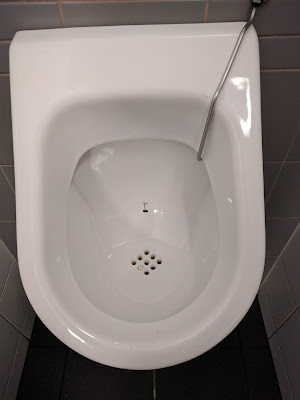 1. Why are those little images in the bottom of the urinals? What were the bowl designers thinking? (Just contemplate that for a moment: Somewhere there is a designer who designed this. What's their motivation?)

in Google Images shows that I wasn't the only crazy person taking pictures of insect images in urinals.

That page shows all kinds of "targets," including flies and various political opponents.

Intriguingly, there's a blogpost by Robert Krulwich (NPR) on this exact topic, which points out that noticed that when one "... put[s] small, discrete red dots in the barracks urinals, ...[they] dramatically cut back on 'misdirected flow.' "

Another article (found with this same search) points out that flies are used in some urinals, saying that:

"Van Bedaf himself got the idea from his time in the army in the 1960s, where he first came across small targets placed in the urinals. The choice of the fly is an interesting one. As Reichardt points out, it can conjure up images of something unsanitary—and indeed this is the first thought that enters the minds of many who encounter the Schiphol fly for the first time.

However, Mike Friedberger, product director for chinaware at American Standard, which supplies fly-engraved urinals to JFK Terminal 4, also owned by the Schiphol Group, believes there could be a very good reason for the fly.

‘If it’s something that you consciously don’t like, you’re more likely to pee on it,’ he says. ‘If they had put a pretty butterfly or ladybug there, men might not aim directly at it. On the other hand, if you used an ugly-looking spider or a cockroach, people might be afraid of it and not even stand there. A fly seems to be a compromise: something that is universally disliked, but that doesn’t elicit fear and make people not want to stand there.’ "

Speaking of things that you notice because they seem out-of-place... if you zoom in closely, you'll see that this: 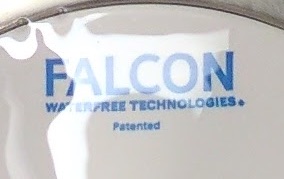 Yes, really. There's no flush system for this urinal. You just.. walk away.

How could this possibly work? It seems crazy to have no water to flush, but that's what happens. But how?

takes you to their technology page which really doesn't answer the question. It just says that it works.

But we're SearchResearchers and we want to know.

Turns out that page does have a link to a letter from a Caltech chemist that reveals the mechanism. It's obvious once you know how. It uses "... the effect of a lighter than water branched aliphatic alcohol such as 2-butyl-l-octanol (the density is = 0.83 g cm-3, much lighter than water) covering a column of urine."

That fancy chemical is just a kind of alcohol that floats on top of water. It also prevents any water (or similar density humanly-emitted waters) from being exposed to the air. Luckily, that Octanol alcohol also doesn't evaporate quickly or smell strange, so it forms a kind of seal letting water (and urine) through to the sewer system, but not letting it (or any smells) escape. Since there's no flushing involved, the 2-butyl-1-octanol just floats atop the drain, being an effective one-way valve for water and/or urine.

That's such a clever idea, I wondered how long it had been around. Something like this MUST have been patented.

Searching in Google Patents for [ waterless urinal ] leads to Waterless urinal odor trap which tells us in its disclosure that this mechanism has been around for quite a whole.

"German patent 72361 to Beetz in 1891 disclosed an oil-sealed odor lock for stall urinals: a partitioned cylindrical liquid compartment forms a bell trap having an oily liquid barrier that forms a seal through which urine permeates downwardly... "

Indeed. This idea is over 100 years old. You never know where a fly in your urinal might lead.

2. On a different note, I got this two scary looking screens (below) popping up on my Nexus 5 Android phone not long after taking these photos. Should I be worried? What (if any) action should I take? (I'm already suspicious because I don't recall visiting any "adult sites.") 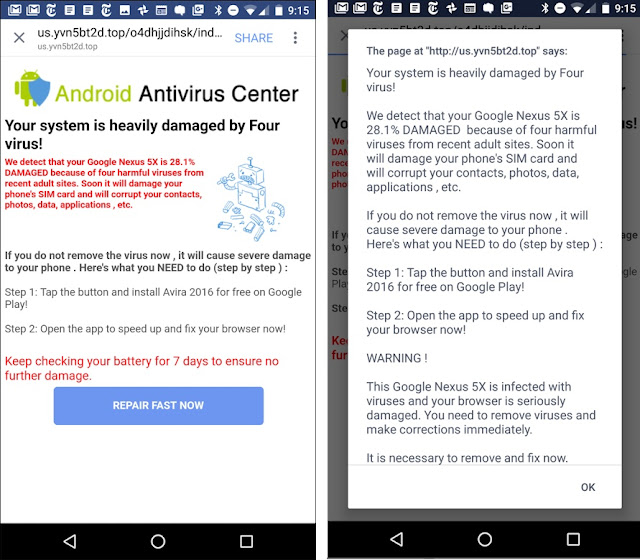 I was immediately suspicious of this not just because I hadn't any adult sites, but also because of the funky language. "Your system is heavily damaged by Four virus!" Google writers wouldn't write that kind of language. And I'm also pretty sure they wouldn't suggest installing a 3rd party app to fix the "Four virus" problem. (The sentence "It is necessary to remove and fix now." is also slightly awkward...)

The URL is also strange: us.yvn5bt2d.tp/04dhjidihsk/ind...

What's up with .TOP as the top-level-domain? It's not Google anything.

Cautionary tale: Whenever something like this happens to you BEFORE YOU DO ANYTHING check out the legitimacy of the announcement.

I first checked on the list of top level domain names for .TOP and found that it's operated by "Jiangsu Bangning." That is suspicious in and of itself--why isn't it Google or LG, which made the phone?

A search for [ Jiangsu Bangning ] leads to a bunch of scamware alerts. Hmmm.

The next obvious search is for the catch phrase:

and find that it's a "browser hijacker," not a virus. Read the advice from several of the tech blogs (including Google's techsupport) to compare notes and see that it's not harmful, simply annoying. Just clear your browser's cache, and all will be well. No need to panic.


3. While traveling in Norway, I found the sign below on a tram. What's this sign all about? (I don't read enough Norwegian to figure it out. Can you?) Remember that you can click on the image to see it at full-resolution. 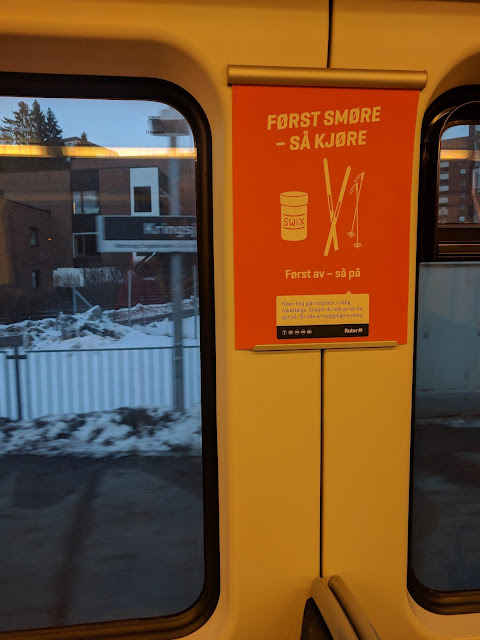 Google Translate to the rescue. Search for:

and then just type it in (with "detect language" turned on).

You might have to look up how to enter the å (Option+A on a Mac) and the ø (Option+O) characters... but once you do that, you get the translation.

But why would it say "smear"?

I also searched for:

and found that they're a big maker of ski wax, a product that you often use by smearing it onto the bottoms of your cross-country skis.

As you probably noticed, just outside the window you can see the sign for the tram stop that says "Krinsjå" A quick search for that term shows us a map: 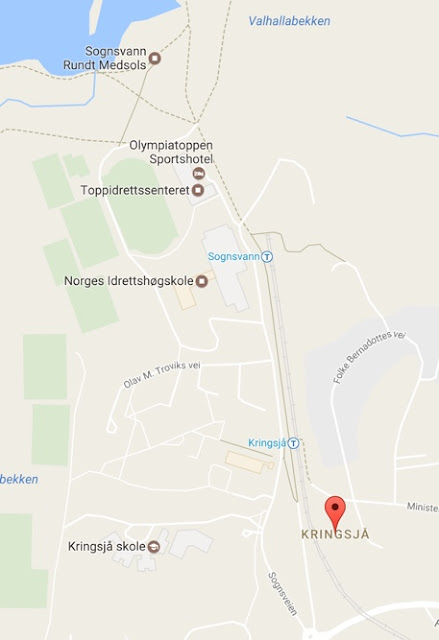 You can see that the next tram stop is Sognsvann, which has some suspicious looking trails just to the north.

leads to a large number of articles (example) all about how great the cross-country skiing is from the last tram stop, including several with very healthy looking people skiing into the forest from Sognsvann, many of whom are running on their skis, which I assume are heavily smeared with Swix cross-country ski wax.

This wasn't especially difficult, but definitely fun. Hope you enjoyed working on the Challenge this week!