Answer: How well do medical results stand the test of time?

Dan Russell • April 18, 2016
SearchReSearch
Republished with permission from SearchReSearch
Answer: How well do medical results stand the test of time? Dan Russell
What we know to be true changes...


It's a big mistake to think that what you know to be true is a constant. Certainly there are eternal verities, but in this post I want to focus in on what we might think of as true, but as we'll see, turn out to be provisional. This is particularly true for medical results: At any one moment in time, we might think we have a lock on the truth, but this often turns out to be just our current best approximation.

(To repeat my caveat from last week: I should say that I'm not picking on Medicine as a field--it's just a nice illustration of how much our knowledge of the world shifts over time. You could ask these same questions of physics, or chemistry, or biology. Medicine is a bit simpler to study for SearchResearch purposes.) 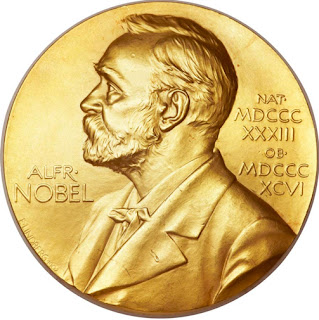 As you know, the Nobel Prize is awarded annually for outstanding contributions in a number of areas, including Medicine.
So I asked the question:

1. If we look at the Nobel Prizes awarded in the field of Medicine in the 1920s, how many of those highly acclaimed results from the 20s are still believed to be true?

Let's start by finding the list of the Nobel Prizes for medicine that were awarded in the 1920s. My query was:

which handily takes me to the Nobel Prize organization's list of prizes awarded in Medicine.

Christiaan Eijkman "for his discovery of the antineuritic vitamin"

At this point, it's just a matter of doing a bit of searching for each topic to discover which of these are currently held to be true. Here's a quick summary of what I found...

1929: Christiaan Eijkman found that when chickens (in Indonesia!) were fed polished rice, they got sick with beriberi, but when they were switched back to regular (unpolished rice), they recovered. Working with Frederick Hopkins, they determined that a particular chemical, a "vital amine," was responsible for Beriberi. That term was shortened by Casimir Funk to "vitamin," and this particular one was called "B," and later changed to B1.

Interestingly, Eikjkman believed beriberi to be caused by a nerve poison in the endosperm of rice, from which the outer layers of the grain gave protection to the body. It was his collaborators who figured out the correct mechanism. (And, even more interestingly, a decade earlier, in 1884, Kanehiro Takaki, a surgeon general in the Japanese navy, hypothesized that berberi was due to insufficiencies in the sailor's diet. He discovered that substituting a diet of white rice with one that also had barley, meat, milk, bread, and vegetables nearly eliminated beriberi over a 9-month sea voyage. However, Takaki incorrectly attributed the benefit to increased nitrogen intake, as vitamins were unknown substances at the time.)

1928: Charles Nicolle found that while epidemic typhus patients were able to infect other patients, their clothes seemed to spread the disease. Oddly, he observed that they were no longer infectious when they had had a hot bath and a change of clothes. Once he realized this, he reasoned that it was most likely that lice were the vector for epidemic typhus.

Nicolle tested this theory by infecting a chimpanzee with typhus, retrieving the lice from it, and placing it on a healthy chimpanzee. (Now that's an interesting experiment!) Within 10 days the second chimpanzee had typhus as well.

Further research showed that the major transmission method was not louse bites but excrement: lice infected with typhus turn red and die after a couple of weeks, but meanwhile they excrete a large number of microbes. When a small quantity of louse poop is rubbed on the skin or eye, an infection occurs. Kids, don't try to replicate this experiment at home.

1927: Julius Wagner-Jauregg studied the effects of treating mental illness by inducing a fever, an approach known as pyrotherapy. Eventually he tried giving patients malaria, which proved to be very successful in the case of dementia paralytica (also called general paresis of the insane), which was caused by neurosyphilis, at that time a fatal disease. It had been known for some time that patients who developed high fevers could be cured of syphilis. As a consequence, giving doses of the malaria parasite Plasmodium vivax was used to induce prolonged and high fevers. This was considered an acceptable risk because the malaria could later be treated with quinine. The technique was known as malariotherapy; however, it was dangerous, killing about 15% of patients, so it is no longer in use.

Summary: Pyrotherapy really does work, but giving patients malaria is too risky;
there are better methods. No longer believed to be a good idea.

1926: Johannes Andreas Grib Fibiger had claimed to find an organism he called Spiroptera carcinoma that caused gastric cancers in mice and rats. He received a Nobel prize for this discovery. On the other hand, it was later shown that this specific organism was not the primary cause of the tumors. On the other, other hand, he was one of the first demonstrations that an infection could be a cause of tumor growth. He was clearly the first person to induce cancer in laboratory animals – a major step forward for cancer research. However, Katsusaburo Yamagiwa, only two years later successfully induced squamous cell carcinoma by painting crude coal tar on the inner surface of rabbits' ears. (Some think he should have also received a Nobel...)

The worm is now named Gongylonema neoplasticum. Later research has since shown that while the worms can stimulate cancerous cells to form tumors, the worms themselves are not a direct cause of cancer, as they are not carcinogenic to healthy cells. Oddly enough, Fibiger died of colon cancer...

Summary: Not quite right.

1924: Willem Einthoven invented a version of the electrocardiogram, now a commonplace tool in medical offices everywhere. Beginning in 1901, Einthoven completed a series of prototypes of a string galvanometer. This device used a very thin filament of conductive wire passing between very strong magnets. When a current passed through the filament, the magnetic field created by the current would cause the string to move. A light shining on the string would cast a shadow on a moving roll of photographic paper, thus forming a continuous curve showing the movement of the string. The original machine required water cooling for the powerful electromagnets, required 5 people to operate it and weighed some 270 kilograms. This device increased the sensitivity of the standard galvanometer so that the electrical activity of the heart could be measured despite the insulation of flesh and bones.

Summary: Still believed. (And has vastly improved since then.)


1923: As happens, Frederick Banting had to give a talk to students about the pancreas in 1920. While prepping for the class, he read that diabetes seems to result from a lack of a protein hormone secreted by the islets of Langerhans in the pancreas. This putative hormone was called "insulin" and was thought to control the metabolism of sugar. Missing insulin led to an increase of sugar in the blood which was then excreted in urine.

Banting them figured out a process to create insulin from the pancreas. He discussed this approach with J. J. R. Macleod, Professor of Physiology at the University of Toronto. Macleod provided experimental facilities and the assistance of one of his students, Charles Best. Banting and Best, with the assistance of biochemist James Collip, began the production of insulin.

1922: Archibald Vivian Hill was an English physiologist, one of the founders of biophysics and operations research. His important work was on the problem of lactic acid in muscle, particularly in relation to the effect of oxygen upon its removal in recovery. This in turn led him to study the dependence of heat production on the length of muscle fibre.

His work on muscle function, especially the observation and measurement of thermal changes associated with muscle function, was later extended to similar studies on the mechanism of the passage of nerve impulses. Very sensitive techniques had to be developed and he was eventually able to measure temperature changes of the order of 0.003°C over periods of only hundredths of a second. He was the discoverer of the effect that heat was produced as a result of the passage of nerve impulses. His insights gave rise to an enthusiastic following in the field of biophysics.

Otto Meyerhof's showed in isolated but otherwise intact frog muscle (that is, without most of the frog attached), the lactic acid formed is reconverted to carbohydrate in the presence of oxygen. He also showed that his preparation of a KC1 extract of muscle could carry out all the steps of glycolysis with added glycogen and hexose-diphosphate in the presence of hexokinase derived from yeast. (Sorry, but that's as simple as it gets. Somethings really are complicated.)

In other studies, he also showed how glucose was also glycolysed, and this became the foundation of the Embden-Meyerhof theory of glycolysis (now called the Embden-Meyerhof-Parnas pathway). He was able to show that there is a fixed relationship between the consumption of oxygen and the metabolism of lactic acid in the muscle.


After his work on lactic acid and heart muscles, he went on to show that some phosphorylated compounds are rich in energy, which influenced not only our concepts of muscular contraction, but of the entire significance of cellular metabolism. A continuously increasing number of enzymatic reactions are becoming known in which the energy of adenosine triphosphate (ATP), the compound isolated by his associate Lohmann, provides the energy for endergonic synthesis reactions. The importance of this discovery for the understanding of cellular mechanisms is generally recognized and can hardly be overestimated.

1920: Schack August Steenberg Krogh worked on the mechanism of regulation of the capillaries in skeletal muscle. He was first to describe the adaptation of blood perfusion in muscle and other organs according to metabolic demands by opening and closing the arterioles and capillaries. Interestingly, in a link to the Nobel Prize of 1923, together with his colleague Hagedorn in 1922, Krogh made contributions to create a method for producing insulin by ethanol extraction from the pancreatic glands of pigs, thereby reducing the cost and increasing its availability.

I'm not sure there's much to tell you here about clever search methods--just that sometimes when doing research you need to spend the time to actually read through your findings, and not just take it on faith that everything you see initially is correct.

Or perhaps the real SearchResearch lesson is the realization that even things we hold to be true now are subject to updates and improvements as we learn more. Sometimes they're tossed out altogether. What you know now to be true... may no longer be true in a few years.

(This was highlighted by Ramón in his comment about the Nobel Prize Search on the use of lobotomy as a psychiatric treatment, recognized with a Nobel Prize to António Egas Moniz in 1940. In the context of the time it was considered revolutionary. But now that we've learned more, that treatment is no longer considered acceptable.)