Answer: How can I make a movie of my flight?

Dan Russell • October 17, 2018
SearchReSearch
Republished with permission from SearchReSearch
Answer: How can I make a movie of my flight? Dan Russell
My goal was simple...
... I just wanted a movie that's a scan of the flight path.
Why? Because as I was looking out the window, I saw beautiful things, extraordinary things, and I wanted to be able to stop the plane and look around a bit. How could I do that? 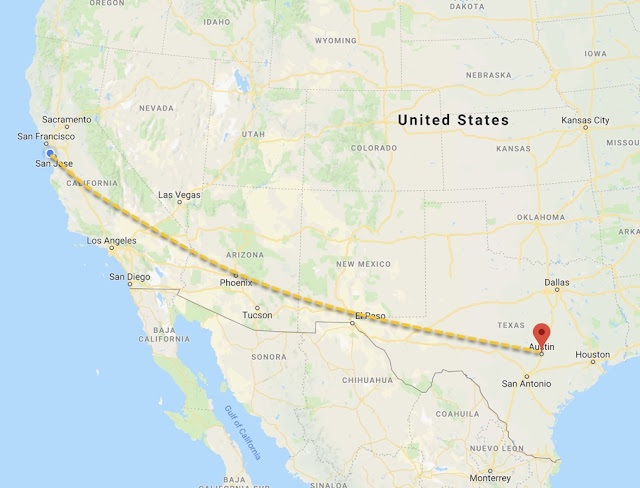 So this became a search for a tool that would let me do exactly this. I set up the Challenge like this:

1. Can you make a movie that recreates the experience of flying from San Francisco to Austin? Obviously, you don't want it to take all 4 hours. How about a 2 minute version of the flight that just shows off the really interesting parts between Arizona and West Texas?

This isn't an ordinary SearchResearch Challenge--this is really a Challenge about (A) How to find such a tool? and (B) How to use the tool to create a video that follows the flight path. (You'll get to choose your own tool, along with your altitude and camera angles.)

How can I find a tool that could do this? I started with a bit of a question to Google:

[ make a movie flight over the earth ]

The results were pretty interesting--here's the SERP: 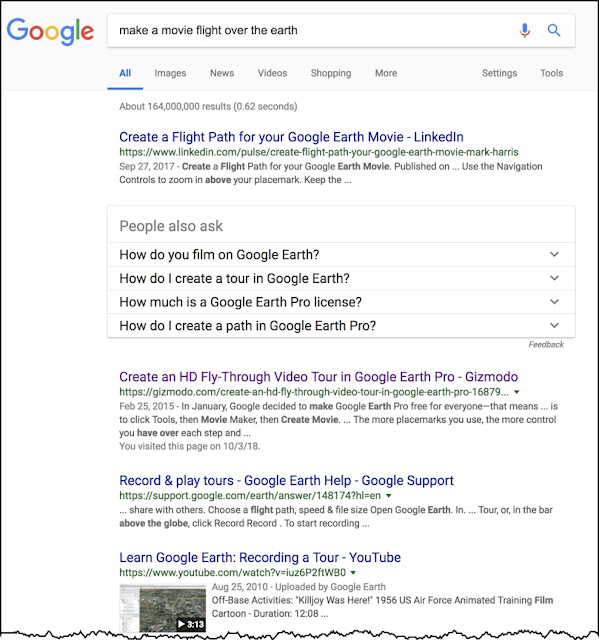 Just looking at this suggests that I can make a video like this with Google Earth Pro. Great!

After a few queries of the form: [ how to make a video in Google Earth ], I was able to piece together a way to create the video. Here's how I did it:

1. Open Google Earth Pro and draw a path. Here I approximate it with 2 segments--one starting at SFO airport, bending slightly in New Mexico and then continuing on to Austin. Just use the "path tool" in the toolbar at the top.

In the image below, I created a path, and added to yellow push pins (just to make the start/stop locations more visible). This is the flight path. 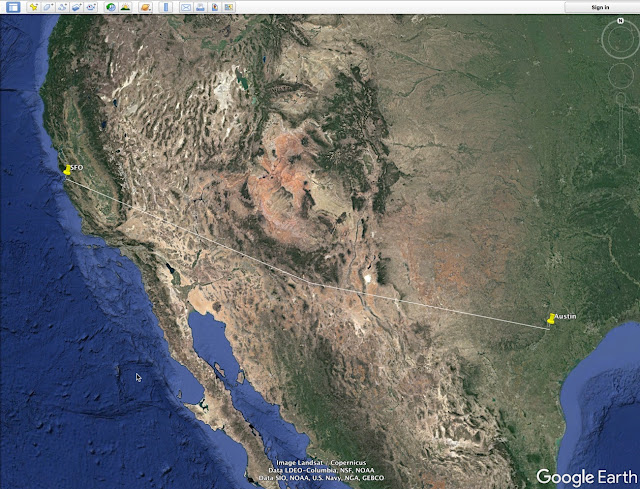 2. Save the path as a tour. First select the path on the left; then click on the "Play Tour" button. This will make the Play Tour toolbar appear like this: 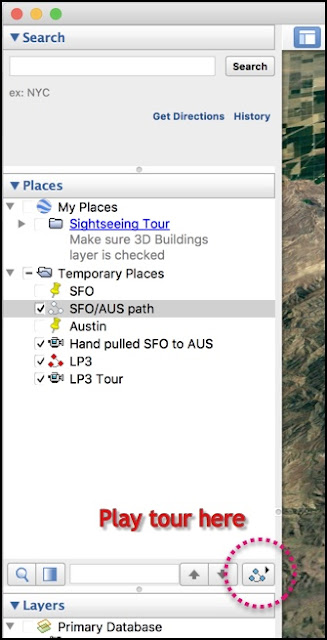 The Play Tour controller will popup to the right of that menu item in the lower left of the window: 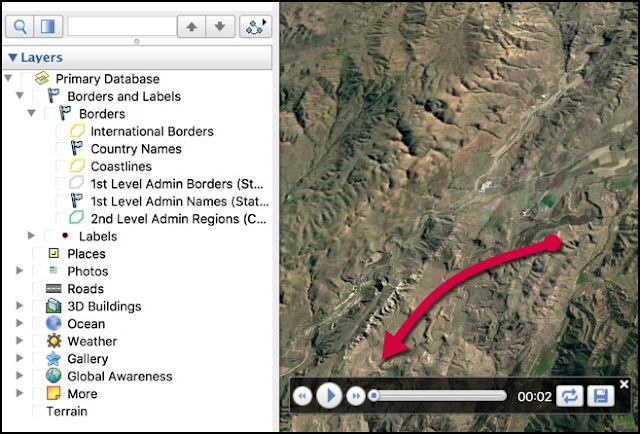 That will create a new item in the list in the upper left--here I named it "SFO/AUS Tour." 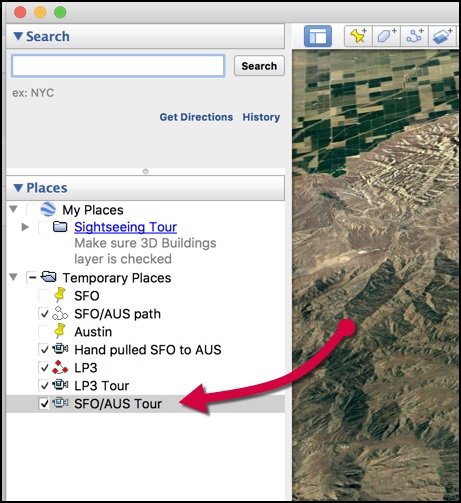 3. Now... Open the Movie Maker tool. It's in the menu pulldown list Tools>Movie Maker. Note: You need to close the Play Tour controller first! This will make the tour playback automatically and will create a video as a side-effect.

Here's an example of what that Tour video looks like (this isn't the entire flight from SFO to Austin, it's just a sample of the path... it gives you a good idea). URL: https://www.youtube.com/watch?v=c0sRxmPoRWo


There are lots of options you can do to make it fly in the way you want. In particular, you could move the view position manually to fly over the entire route quickly. Here's what that video would look like. It's kind of jerky because I'm actually pulling the viewpoint along moment to moment, and I wasn't super careful.


My original goal, remember, was to be able to fly along the flight path and stop wherever I wanted. As wonderful as YouTube is, this isn't the best way to inspect the terrain as you fly overhead. For that, you want a downloadable MP4 file that you can open with a video controller (like Quicktime Player). Here's the link to that video. Try right-clicking the link to download it, open in your favorite controller, and then try zipping back and forth like a boss. It's a very different experience than YouTube (or any online video system) can do. Direct manipulation is really handy sometimes. This is one of those times.

Finding the right tool is often a prerequisite to satisfying your search goals. In this case, we had to find the right tool, and a simple search found that Google Earth could do this. After figuring that out (and downloading Google Earth Pro), it was a process of figuring out how to actually make a movie that would follow the flight path of the plane. THAT involved a bit of futzing around, but once I figured out the sequence of button clicks, it was straight forward.

And now I have my video... on my computer, ready to zip back and forth along the flight path.

(A new Challenge tomorrow to get us back on track!)