Answer: How can I find this old song?

Dan Russell • February 5, 2020
SearchReSearch
Republished with permission from SearchReSearch
Answer: How can I find this old song? Dan Russell
I didn't realize until now...

... that I'd accidentally gotten off by one week. I SHOULD have answered the previous Challenge last Wednesday rather than written a new Challenge.

But I woke up last Wednesday morning with that question ("How can I find his old song?") running through my head. I was so excited to pop out of bed with a fully-formed SRS Challenge that I didn't think to check if this was a "Challenge" week or an "Answer" week.

Let's do the "How can I find this old song?" answer, and I'll catch up later this week and answer the previous Challenge ("Where is this place?")... then we'll be back on track. 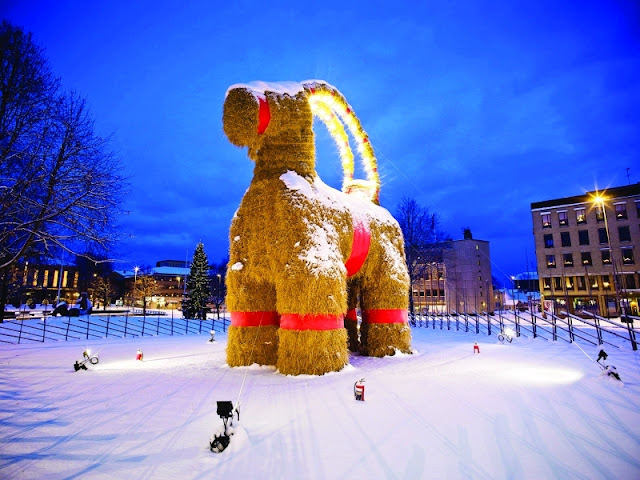 So... Remember the "old song" Challenge? Here's the recap:

1. I remember hearing a beautiful a capella song in a Christmas concert where the lyrics were something like: Yule, Yule, Yule. The problem is that the song wasn't in English, but in a Scandinavian language. From just this fragment of description, can you find the original song? (A link to a YouTube recording of it would be nice.) What's the actual title?

The answers in the comments are great! (Thanks, readers.)

But here's what I did.

First, I translated "Yule" into Swedish, Norwegian, and Danish.

Turns out that it's always "Jul" in all three languages. (It's pronounced the same as the English "yule." Makes sense.)

Then my query was simple:

which quickly told me that the song title is actually "Jul, jul, strålande jul," a Christmas carol with lyrics by Edvard Evers and music by Gustaf Nordqvist. (1921) Finding a lovely YouTube version of that was easy. There are many beautiful versions out there, but I'm partial to Sanna Nielsen's version with a fingerpicked guitar accompaniment. https://www.youtube.com/watch?v=mnY2bZoBF0A


I was ready to do [ jul jul jul Swedish OR Norwegian OR Danish ], but since the word for Yule was always the same, it seemed superfluous. (I should note that the Zero8 version of the song done by a men's choir is also gorgeous.)

2. When I was visiting a German biergarten last fall, about every fifteen minutes the band would play a short song and EVERYONE would sing the chorus together. But I couldn't quite get one word in the chorus. It's just Eins, zwei... sofa?? I know "eins" and "zwei" but what's "sofa" got to do with it? Can you find what the lyrics REALLY are? (Mostly, what's the deal with"sofa"?)

I thought this might be hard, but amazingly enough the simple query:

quickly found several pages that all pointed to the same song, Hofbräuhaus Lied. A search for that leads to multiple sources that all say the same thing... it's not "sofa" but "g'suffa," a Bavarian expression that means "to drink" or "to guzzle"! (That is, drink rapidly and heartily. Or, as the translation below says, "Drink up!")

A useful source here is the GERMAN language Wikipedia page which notes that "..The beginning of the melody, however, is similar to the Munich city anthem Solang Alte Peter." (It's true--it IS the same!) In something that's this traditional, the language of origin (German) Wikipedia page is probably a great source.

You can see the full lyrics at many places (e.g., Oktober-Fest Songs).

In English, this is:

There, where the green Isar flows,
Where you greet with "Greetings God!",
Lies my beautiful Munich city,
The likes of which you've never seen.
Water is cheap, pure and good,
But it thins our blood,
Far better is a drop of golden wine,
But the best is this:

{ In full disclosure, I had a summer job playing in a polka band at the Alpine Village in Torrance, CA--a slice of Germany in the heart of LA. As a consequence, I have a fondness for biergartens both in the US and in Germany. So I kinda knew what the answer was... }

3. At another concert in the middle of summer I heard a lovely fa-la-la-la song with an unusual lyric in the middle--it was something like running in and out delights thee. As a runner, I noticed that line and remembered it, but I can't figure what song it is! Can you figure out what song this is from?
Extra credit: When was that song first published, and what was the title of the songbook?

This wasn't hard, but it's a great example of when you want to use double-quote. My query was:

[ "running in and out delights thee" ]

I used double quotes because it was a phrase search.

You quickly find out that this lovely madrigal is "Come Away Sweet Love" by Thomas Greaves, published originally in the book in “Songs of Sundrie Kinds” from 1604. Here, a really nice video by the Cambridge Singers scrolls the text of the song past as you listen.

This week wasn't that hard, but a lot of fun. A couple of quick notes:

1. Searching in another language isn't hard, but translate into that language first. And be sure to have your Chrome set to translate into English (or whatever you prefer) if you don't read Swedish, as I don't!

2. Use double quotes when searching for a phrase. Be SURE you know what the phrase is, and use a 4 or 5 word sequence (rather than 10 words--you're likely to get a word wrong).

3. Search for a word that "sounds like" the word you're searching for... it often works! Why? Because you're probably not the first person to hear it that way. This is why searching for [ eins zwei sofa ] works!

Hope you had a good time. I'll get back later this week with the answer to the other Challenge.