Answer: How can I find lists of things?

Dan Russell • October 24, 2018
SearchReSearch
Republished with permission from SearchReSearch
Answer: How can I find lists of things? Dan Russell
A list of items is a useful thing to have.

When you're learning something new, having a list of examples of that thing gives you something to learn from. It's a natural way to try and get your mind around a given topic. We do this all the time.

This week's Challenge is intended to show you how to quickly get a list of a category.

As I mentioned, I wanted a list of Pre-Raphaelite artists, and was able to get Google to give me this list. 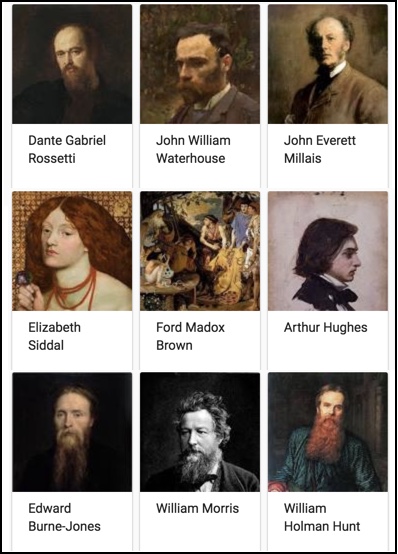 1. Can you find a way to find a set of each of the following:

b. fictional works written in the Regency era

d. trees that are evergreen throughout the year

In the comments people found out how to do this fairly quickly. (Note to Regular Readers--not all of the SRS Challenges are hard!!)

For the Pre-Raphaelite, all I did was:

and that gave me the set you see above (that I re-arranged slightly to fit into the blog format). Here's what the SERP looks like: 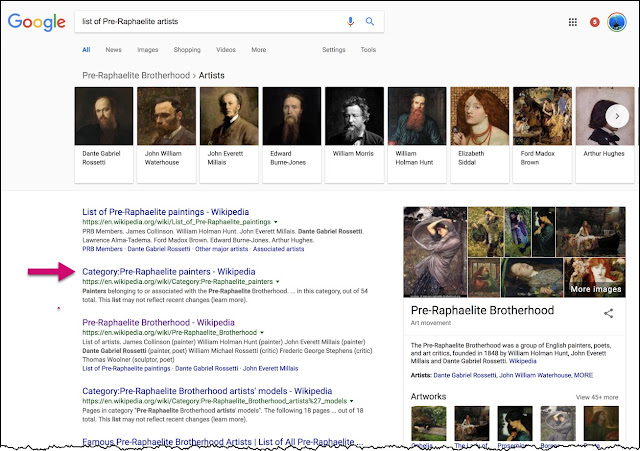 Notice the link I highlighted with the red arrow? That's a link to the Category page on this topic for "Pre-Raphaelite painters." That's the Wiki version of the "list of all X" for that category. 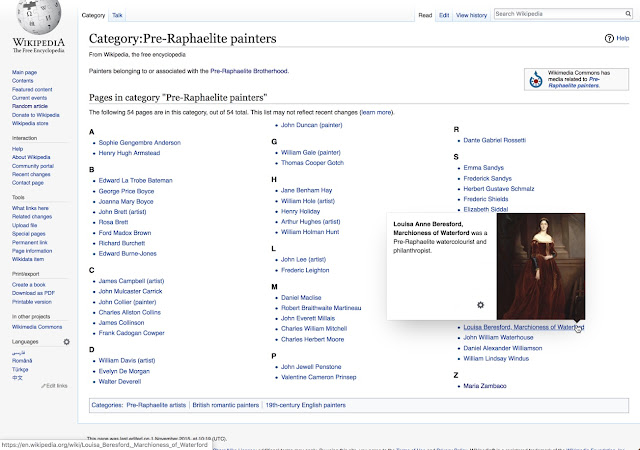 This is a useful thing to know about. You can ALSO search for Category pages like this: 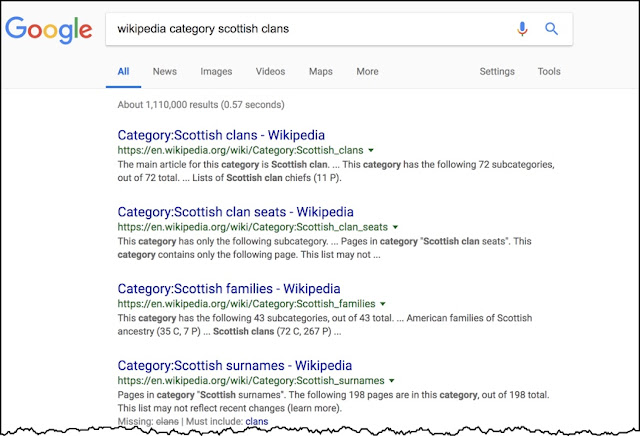 (Notice that I changed the query slightly to "Scottish clans" -- I tried "clans of Scotland," but found that this worked better.) 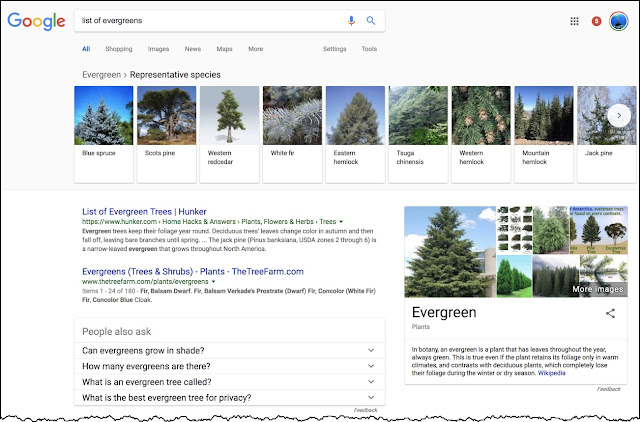 As with the other SERPs, notice that there are a few "People Also Ask" questions that can be useful for your research.

Probably the biggest surprise for me was that the query: 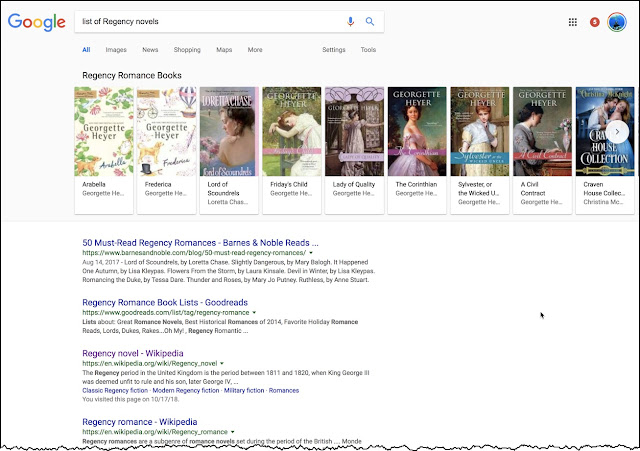 HOWEVER.. You might have been thinking of works published in the Regency era (that is, between 1811 and 1822, like Pride and Prejudice) and not a more recent novel like Arabella (published in 1949).

1. Classic Regency fiction written between 1811 and 1822. The works of Jane Austen, Sir Walter Scott, Susan Ferrier, and Maria Edgeworth were all written during this time period.

2. Modern Regency fiction, that is, fiction set within the Regency era. These are primarily romance novels (called "Regency romances"), historical fiction set in that period, detective fiction, and military fiction. 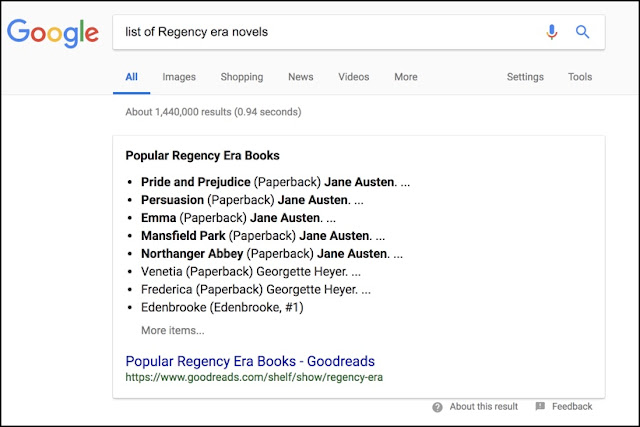 And of course, this works with Canadian Prime Ministers as well: 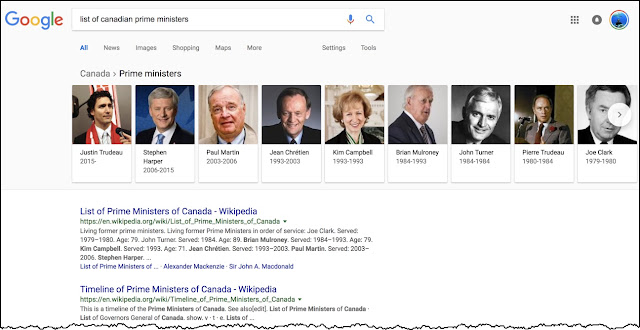 
My favorite list? Probably this list of early musical instruments. (That's what you get when you go for Baroque!)

Although in second place would have to be the Wikipedia List of Lists of Lists!

There are really two things to point out this week:

1. Check your results! I know I say this all the time, but the Regency Challenge points it out again. If you didn't look at some of the results, you might well think that Lord of Scoundrels was written in the early 19th century. Not so. Be sure to at least spot check items in any list that you find. (You might find a scoundrel or two lying in wait.)

3. The query [ list of ... ] is a handy construct to use when you're just beginning to learn about something.