Answer: Finding cartoons despite their descriptions

Dan Russell • May 22, 2017
SearchReSearch
Republished with permission from SearchReSearch
Answer: Finding cartoons despite their descriptions Dan Russell
This is a common problem.
In fact, we've talked about the problem of mis-remembered names of books and songs before.
The problem is that our human memories are chock full of errors. Even memories that seem absolutely true and correct can be really, really wrong. (See this Guardian article for a short simple test of how bad your memory is.) 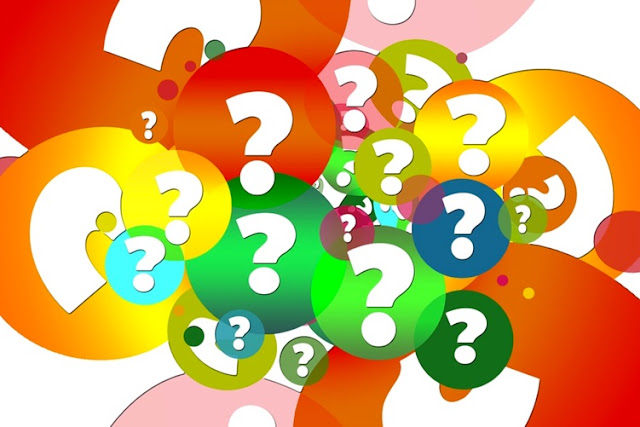 The big problem with remembering cartoons (or movies, or books, or short stories) is that we often get the details all wrong.

The Challenge this week was to figure out the cartoons from just the descriptions below. Some people are chronologically gifted enough to just recognize them from their own experience. But most people actually had to search them out.
Given these descriptions, can you figure out what these two cartoons are? How would you seek out such things?

1. This cartoon features a character that's playing with (or fighting with) the frame of the cartoon. It collapses, and he’s given a stick to prop it up. Then the frame has a vertical hold problem, and keeps slipping down. Of course, the end title (“The End”) comes in too soon and he ends up pushing it out of the frame. Very funny—very meta-cartoonish. Who is the main character in the cartoon, and what is the title of the cartoon?

When faced with something like this, I'll often try a quick search with the description as the query, like this:

[ cartoon where character pushed "the end" out of the frame ]

Frankly, I was impressed with how well this worked.

The first result is the Wikipedia entry for the cartoon "Duck Amuck." This surreal cartoon was directed by Chuck Jones and released in early 1953 by The Vitaphone Corporation as part of the Merrie Melodies series. In the cartoon, Daffy Duck is tormented by the unseen animator. Daffy's locations, clothing, voice, and shape keep shifting during the cartoon. Of course, this outrages Daffy who attempts to steer the action back to some kind of normality, only for the animator to ignore him or, more frequently, to over-literally interpret his demands. At the very end, the big reveal is that the master animator is none other than Bugs Bunny. (Of course.) 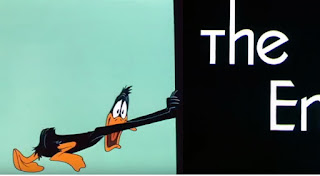 I wasn't able to find a full-length version of the cartoon online, but here's a clip with the essential "pushing The End out of the frame" segment. https://www.youtube.com/watch?v=TLcqUyMTM6Q

Since the method of just describing the result worked so well last time, I thought I'd try it again using the information I have at hand.

This time, unsurprisingly, it shows lots of results for the actual town of International Falls, Minnesota.

But notice that snippet (I've highlighted the interesting bits in yellow below):

Clearly, we misremembered the town of "Frostbite Falls" as the actual town name of International Falls. (This is an obvious kind of memory mistake, substituting the actual name for the intentionally similar true name.)

If we now do the obvious search for:

We'll find a lot of information about these two animated characters, including that the cartoon series had multiple names.


Their adversaries in most episodes are the two Russian spies Boris Badenov and Natasha Fatale. (As you might have picked up, the series was rife with puns.)

For the extra credit, I did searches for:

Both of these led me to learn that they attended Wottsamatta U? (A clever mondegreen of "What's the matter with you?") This was revealed in the ninth story arc from the fifth season (1963 - 1964).

There are two big takeaways this week...

1. Memory is fallible, but search can help out. In the case of "remembering" that the characters were from International Falls, I made an understandable error, replacing the name of "Frostbite Falls" with the actual name of the city. This kind of substitution happens more than you'd think. When you get stuck like this, remember that there's a subreddit just for you: https://www.reddit.com/r/tipofmytongue/ (It crowdsources answers to questions like "I remember a book that was something like Travels With Charles... I think it was by Hemingway..." which is actually "Travels with Charley," by Steinbeck.)

2. Try the most basic description. As we see, even near misses will often work, primarily because you're probably not the first person to make this slip of memory. People will often document their near misses, and if you find the near miss, the link back is often simple enough to find.

What a fun trip down memory lane! Thanks for all the comments this week.

Back on Wednesday with another Challenge.