Dan Russell • January 2, 2017
SearchReSearch
Republished with permission from SearchReSearch
Answer: A few Natural History Challenges (ears, embryonic nutrition, and virgin births) Dan Russell
SearchResearch is often a process...
You start with an observation--maybe you notice that something doesn't quite fit, or maybe there's a missing bit, or a strange misalignment.

I often write these observations in my notes, and when I have a bit of time (usually on Sunday morning before the sun comes up), I try to find answers. Some of those notes are questions that I've read about, or small curiosities that have occurred to me as I read. I try to frame those curiosities as questions, most of which I spent at least few minutes trying to answer. (This is a great meta-learning strategy: As Richard Feynman pointed out in his description of his learning method, IF you can write your notes as though you were going to teach someone this concept, you'll almost certainly learn it yourself.)
These Challenges spring straight from my notes, starting with a curious event that happened one morning. As I walked outside to pick up the newspaper one chilly morning, a flock (or a murder) of crows was hanging around in the front yard tree. I tossed the paper up close to the house, and when it landed, it just happened to make a loud noise, startling the crows into flight. As once flew past me I happened to notice that I didn't know how they heard the noise. "Crow's ears..where?" is what I wrote in my notes. And hence... 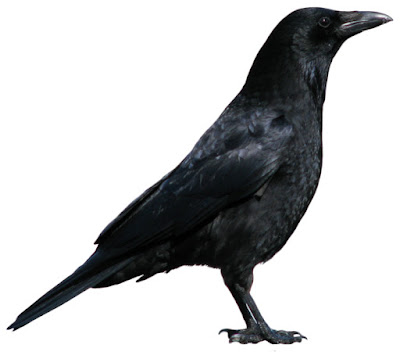 1. We see birds all of the time, and I know they can hear, but I can't help but wonder: Where are their ears? What does the ear of an owl or crow look like?

This isn't a hard Challenge... but it's a surprise to learn what a crow or owl ear looks like.

I happened to see the ScienceAlert article as the very first hit. ("This is what a crow's ear looks like, and it's freaking us out.")

It turns out that while they do lack external ears ("pinnae"), crows (and all other birds) have a hole in the side of their head that opens up to the outside world. This photo is from the ScienceAlert article (which is a frame-grab from the video of someone brushing aside the feathers to expose the crow's ear).

If you do the same search for an owl's ear, you'll find it's very similar:


Bird ears are sometimes easily visible, such as on birds that have no head feathers. My favorite (for its elegance in flight and ubiquity in California) is the turkey vulture. Here it's easy to see their ears: 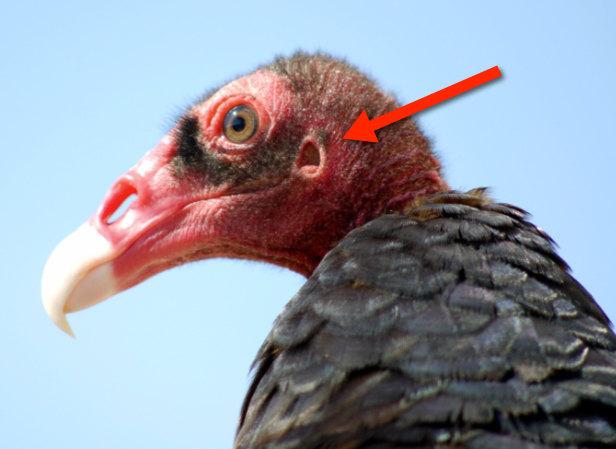 And unlike mammals, the internal anatomy of bird ears is relatively simple, with only a single bone (the collum) connecting the ear drum (tympanum) to the cochlea.

And as Ramón pointed out, some owls have Ear tufts.. and they are not ears[owl ear location]The ears are located at the sides of the head, behind the eyes, and are covered by the feathers of the facial disc. The "Ear Tufts" visible on some species are not ears at all, but simply display feathers.

2. As you know, mammal embryos depend on a placenta for nutrition via their mother until birth. Egg-laying animals provide a yolk for their embryos for feeding until hatching. But I've heard about a few other ways in which some animal embryos get nutrition while still in utero that's from a surprising source. What are three other strategies for embryos to get nutrients while still in their mother's uterus?

To start this search, I did the search:

[strategies for embryo nutrition without placenta ]

which leads to a number of fascinating sources, including an article on tiger sharks where the embryo grows in a uterus that's filled with a nutritious fluid, but with pups that do not have a placental connection (and an egg yolk that is too small to let them grow to maturity). This strategy for feeding embryos is generally called matrophagy (feeding from the mother).

Their experiment demonstrated that this liquid, which they have termed, embryotrophe (literally “embryo food”) is the major source of nutrition for tiger shark embryos. The weight gains they found for the fertilized eggs as they grew into full-term embryos, was as high as 2119%.

Another article in that SERP tells us that Mammals are not the only animals to feed embryo during gestation.

Much to my surprise, this article tells us that:

"By comparing the examples of matrotrophy with the placement of species on the DNA-based tree of life, the authors propose that matrotrophy has evolved independently in 140 or more different animal lineages, and is often associated with live birth. According to the study, previous work scattered through the specialized scientific literature had talked about matrotrophy in many invertebrate groups, but it had never been appreciated just how common it might be, and how frequently it had evolved. There are more species of flatworms that employ mother-feeding than there are species of mammals!"

And it goes on to tell us about cannibalism of sibling eggs or other embryos in the uterus for tiger sharks.

This was a bit of a surprise. To get more detail on this, I did a search for:

This lead me to a Smithsonian Magazine article about in utero egg-eating (and in utero cannibalism).

When an embryo eats eggs to grow, that's called oophagy. I also learned the word adelphophagy (literally, eating your brother), both of which are handy terms to know. Doing a search for:

leads to the book: The Physiology of Developing Fish: Viviparity and Posthatching Juveniles (Hoar & Randall, 1988), which tells us more about in utero cannibalism (dates! weights! times!) than you might ever want to know. Fascinating reading. (And a YouTube video, should you want to see tiger shark embryos being consumed by their larger siblings...)

Bottom line: the three in utero nutrition strategies I found are:

3. Speaking of giving birth, I read that virgin births are fairly common in certain kinds of animals. Can you find which vertebrates are able to give birth without having to bother with all of the process of finding and joining with a mate?

leads to a wealth of results... and a specific term to use in additional searches: parthogensis. It's easy to find 20 species of snakes, Komodo Dragons, domestic chickens, sawfish, sharks, and many kinds of lizards. These virgin (parthogenic) births can produce fertile offspring.

And, most surprising of all, some lizard species (e.g. Aspidoscelis genus of whiptail lizards) seem to be all female.. meaning that for these lizards, males are simply so much excess baggage.

So not only does virgin birth happen, it's fairly common! 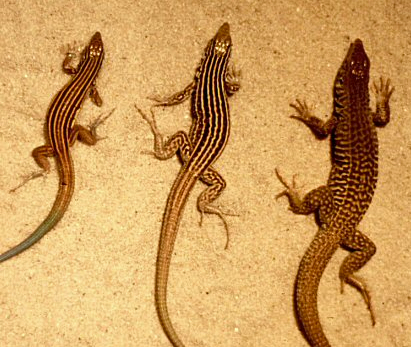 ... and it's easy to find many species that do so.

Search on into the New Year!