I posted a few fishy pictures with the cryptic question "Have any ideas where these are, or where I am?" 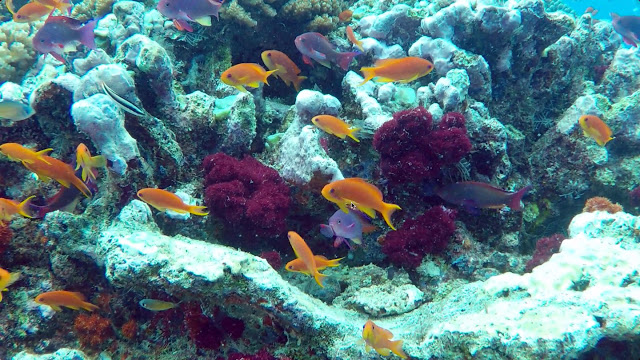 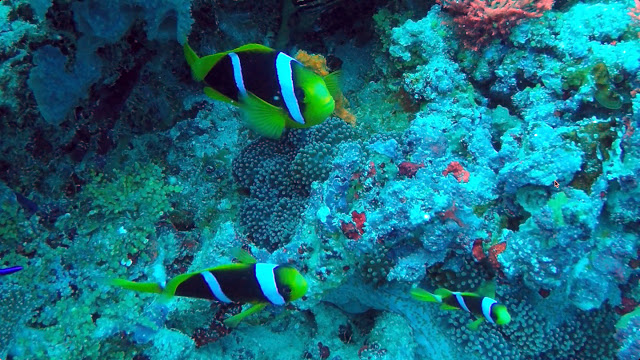 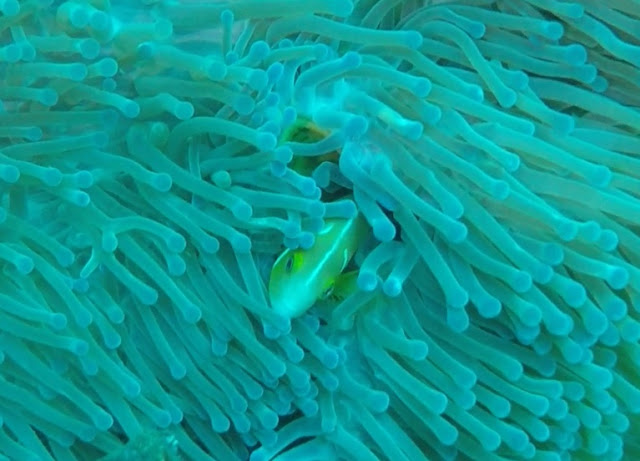 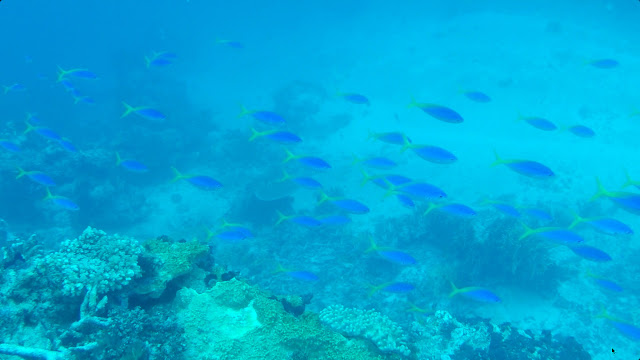 The SearchResearchers rose to the Challenge and were able to identify my location pretty well!

Regular Reader Chris wrote in that:

Picture 1 looks like some sort of Serranid- I'm guessing an Anthias which are widespread in the South Pacific, but it doesn't look like the endemic species for Fiji, but comparing google image searches for [anthias fiji] and [antihas vanuatu] tends to lean towards Fiji as the location

While Remmij and Ramón both identified the fish and the geography those fish cover. They also figured it out as Fiji, but Remmij went on to check species co-occurence by trying to figure out what kind of anemone that particular anemone-fish was living with.

That's a great strategy, and if I'd thought about it, I would have included a better picture of the anemone (which would have helped identify it).

The SearchResearchers are superb. Excellent job.

But here's what I would have done: I would have saved all of the images to my desktop and noticed that they look like this:

Truthfully, I'd forgotten that I'd left all of the filenames on the images, so that when you saved them, you'd see all of the identifying information.

You correctly identified the Anthius in pic #1, and the Clark's anemonefish in #2. The anemonefish in #3 is a "Fiji anemonefish" (Amphiprion barberi), although in this case the color is a bit off, so it's difficult to tell.

The "fusiliers on parade" are, in fact, Blue and Yellow Fusiliers (Caesio teres).

And, when you look at all of these different fish geographical range, it's pretty much narrowed down to Fiji.

Remmij is correct--we were on the island of Taveuni, which is a very well-known dive location, home to the Somosomo Strait, and one of the world's best locations to see soft corals, which I didn't include in this set of images--I thought it would be too much of a give-away!

But here's a bit of video from our dives that gives a great sense of what it was like. Listen carefully--you'll hear humpback whales singing in the background!